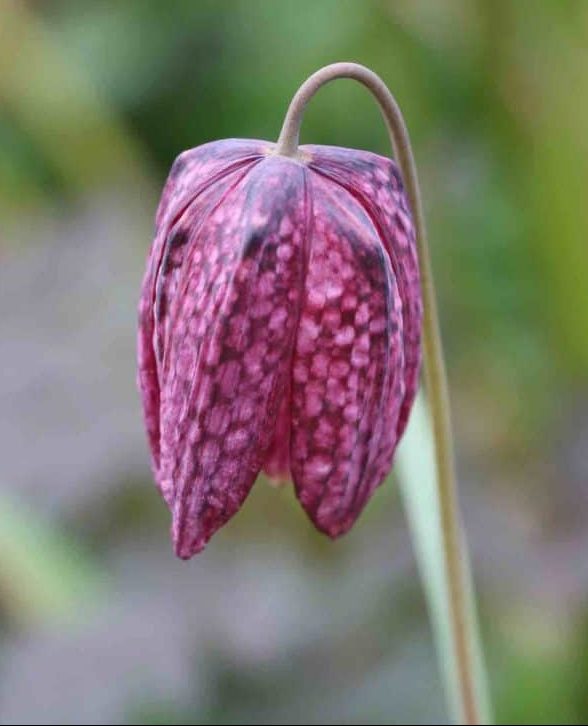 It’s hard to describe the colour and pattern on the petals of these beautiful flowers which grow ‘wild’ in a few meadowland locations in the UK. And the luminosity of the blooms on a sunny spring day makes them appear like mini lampshades, lit from the inside. They also appear in a creamy white form and are surprisingly easy to establish in the garden if conditions are right, where they will start to set seed and multiply.

Snake’s head fritillaries look great when grown in the light dappled shade of birch trees or naturalised in longish lawn grass. They are also ideal for planting at he front of a border in combination with other spring flowers, as well as amongst late summer perennials where they can flower and grow before the later plants take over. The fritillaries will die back in midsummer to return the following spring.

I love the combination of the dusky purplish blooms with pale yellow primroses and miniature narcissi, both of which create a wonderful colour contrast.

HARDINESS: Hardy down to -15C