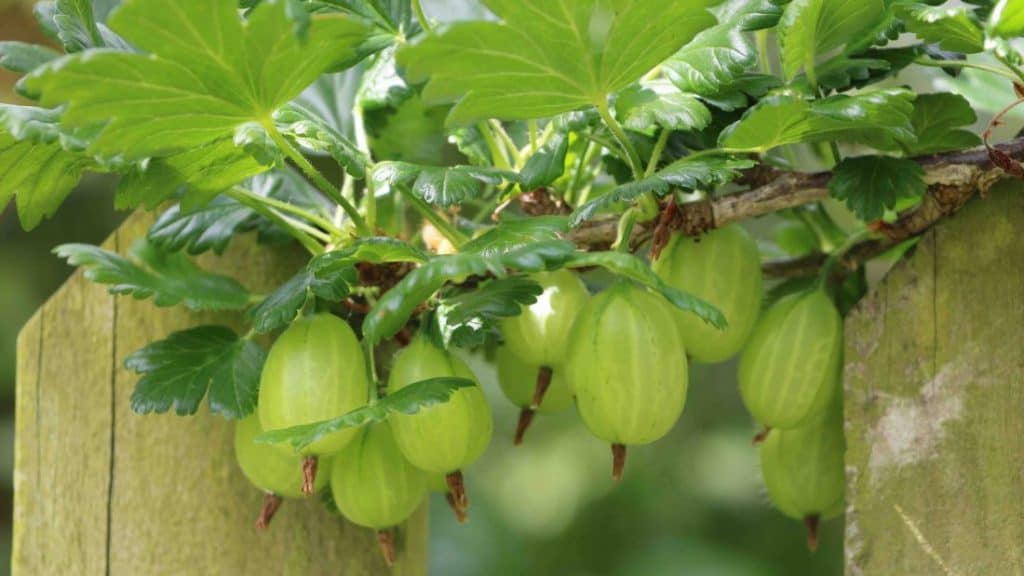 For me this is one of the best gooseberries for reliable crops and trouble-free growth. It also has a decent flavour, especially when left until the fruit are fully ripe and have taken on a jewel-like translucency that makes them appear as if suffused with brown sugar. At this stage they also develop a sweetness which means that they can be eaten like grapes, straight from the bushes and still warm from the sun.

This variety never gets mildew where I grow it and one bush easily yields over 9kg (20lb.) of fruit in an average year. In fact if I was limited to just one fruit then this would be it! Try to find space for a ‘goosegog’ in your garden – especially this one – and you’ll never regret it. Just make sure that you wear stout gloves when pruning it to remove around a third of the oldest fruited branches right down to the ground, once you’ve picked your crop.

HARDINESS: Hardy down to -20C