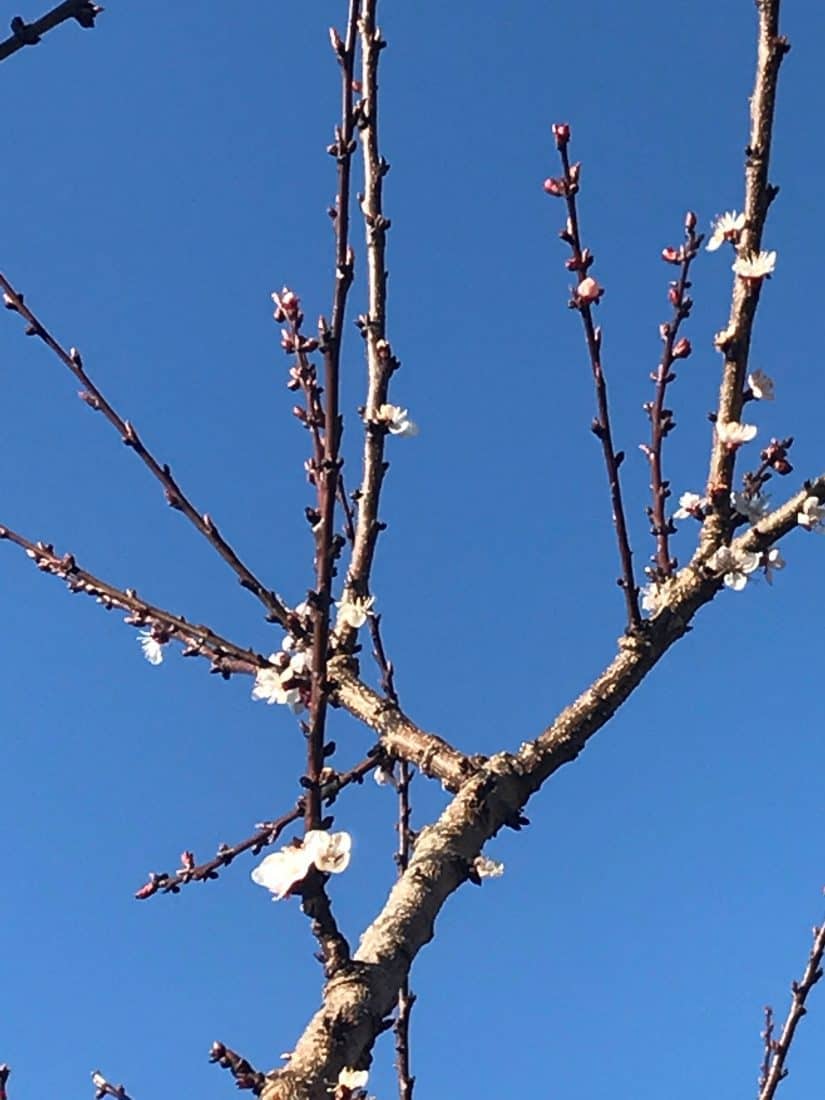 This hybrid between an apricot and a plum makes a smallish, but spreading tree with chunky, reddish-black branches that are clothed with pale pink blossoms in March. The green apricot-like foliage casts a pleasant dappled shade in summer, making it a good tree to grow to the side of a patio. And in autumn the leaves turn a rich, deep purple colour before they drop. 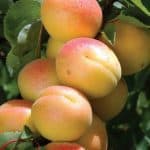 These undeniably ornamental attributes are enough to earn it a place in the garden, but it is the fruit that it should really be grown for. Genetically owing more to the apricot, the red-flushed, orange fruit are lightly downed, but with gentle sheen inheirited from the plum. And the latter also contributes a sweetness of taste and juiciness to the obvious apricot flavour and texture. I think they are best enjoyed after they have been left to ripen fully on the branches until early September, but they then rarely make it indoors into the kitchen.

This variety is well suited to growing in the UK, but the early flowering season means that they benefit from a south- or west- facing position so the blossoms don’t get morning sun after a hard frost. In cold areas they can be trained out as a fan on a sunny wall for extra shelter for good pollination by early bees and other winged insects.

ASPECT: Full sun for at least half the day. Best in a west-, southwest-, or south-facing location.

HARDINESS: Hardy down to at least -10C though temperatures below -5C for prolonged periods will damage blossom.