Listening to the spoken voice remains incredibly popular despite all the incursions of TV and video into our modern lives. Radio and podcasts allow us to engage with a topic whilst we are relaxing or performing another task. But clear communication, considered delivery and an ability to ‘paint pictures with words’ are crucial to the success of this broadcast medium.

After more than 25 years working in the gardening publishing industry, David has regularly been called upon to contribute to national and local radio. Natural communications skills, refined during his teacher training were complemented with formal training as part of the IPC Media journalist training scheme whilst working on Amateur Gardening magazine.

A word in your ear

With a wide horticultural knowledge and practical experience of growing, BBC Local Radio stations were happy to put him on the regulars list to answer listeners’ questions as part of their gardening output during his time on AG as gardening editor and then when he took on the editorship of The Gardener magazine for IPC Magazines. David’s increased recognition as a gardening expert put him in the frame as one of the three regular panellists on Classic Gardening Forum, a question and answer radio show which was formed in 1994 as a splinter format from Radio 4’s Gardeners’ Question Time. 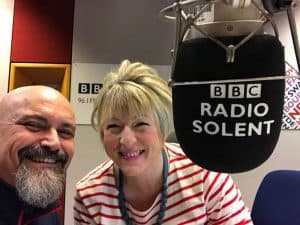 Getting ready to go on air to answer listeners questions on BBC Radio Solent’s Sunday lunchtime show The Kitchen Garden, with Rebecca Parker

More recently in his roles as gardening editor, deputy editor and associate editor for BBC Gardeners’ World Magazine, David once again became a regular guest across the BBC Local Radio network, giving round-ups of features in the magazine as well as being asked to comment on gardening news stories. He has also guested on national networks for BBC Radio 2 and Radio 4, as well as BBC Radio Scotland, and in London for LBC and Capital radio.

Living in the home patch for BBC Radio Solent means that he has regularly been asked to comment on plant and gardening-related stories on the Julian Clegg Show, and for many years, co-hosted the Chelsea Flower Show medals coverage on this morning programme. He has also been a popular panellist on all the different formats of Solent’s garden output on Sundays, including Topsoil, The Good Life and, currently, The Kitchen Garden. And his love of weather and climatology meant that he scripted and appeared on air to read the regular morning weather bulletins on the station, as well as for BBC Radio Surrey, BBC Radio Sussex and BBC Southern Counties Radio.

“I love sharing the gardening Q&A slot with David on BBC Radio Solent, there’s always plenty of banter served up with his expert advice.”

“Getting gardening advice from David is like getting help from your best friend who knows a lot more about gardening than you but who never makes you feel inferior. He delivers guidance with oodles of expertise and a dash of good humour.”

“Listening to David is a real pleasure on a Sunday. His gardening advice is always bang on the money, and his warmth and humour make for a great listen.” 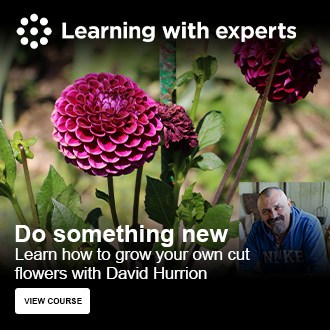 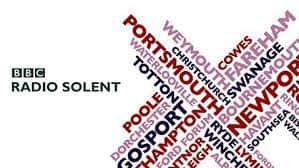 David Hurrion is just one of the gardening experts who appear on The Kitchen Garden, BBC Radio Solent’s gardening and food show, broadcast on Sundays and presented by Rebecca Parker.

Every week Rebecca hosts Gardeners’ Questions, where an expert advises on your gardening problems between 12 and 1pm. Then after 1 o’clock Rebecca Parker presents an hour of gardening and food know-how where she takes you on a tour of the South’s gardens, allotments and kitchens, bringing you the best of our local expertise.

BBC Radio Solent broadcasts in central southern England and forms part of the BBC local radio network in the UK. Radio Solent is available on 96.1 and 103.8 FM, on Digital Radio and on line.