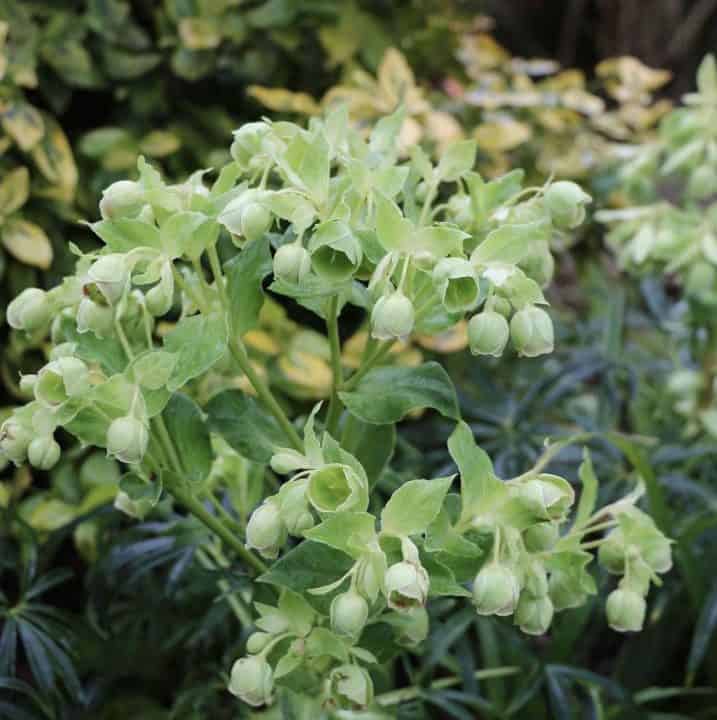 The unappealing common name of this plant refers to the strong, pungent smell given off by the leaves when they are crushed. However the dark-green foliage is deeply and narrowly lobed making it a worthwhile and attractive addition to the garden all year round. Making multiple leading shoots once well established, each one is topped in winter to early spring with a flower stalk decorated with green-cream bracts.

The individual flowers are produced in clusters that extend from the main stem, and though much smaller than those of the Christmas rose (H. niger) and the Lenten rose (H. orientalis and H. x hybridus), they are full of early pollen and nectar for bees during mild winter weather. Each bloom is composed of cream-green petals, usually edged with maroon. Numerous seed pods are produced after the flowers and seedlings pop up regularly on sandy soils and in gravel. They can be carefully transplanted to different parts of the garden, where they are well-suited for growing in the dappled shade under deciduous trees and shrubs.

The Wester Flisk Group is a selection of the species with reddish-green stems and dark, greyish leaves. Other forms are available with a range of different decorative attributes.

SOIL: Clay, loam or chalky soils, pH7 or above. Moisture-retentive, but free-drained.

HARDINESS: Very hardy to below -20C