How to get more flowers on roses

Still one of our most popular flowers, anything that you can to get more blooms on your roses has got to be a good thing. Deadheading is recognised by gardeners as a good way to keep plants looking tidy, and in some case promoting further flowers, but there are some subtleties with roses that don’t apply to many other plants that you might deadhead in the summer.

The first thing to say is that not all roses have the capacity to produce more than a single burst of flowers which may only last 2-3 weeks. This is called a ‘flush’ of flowers and there are lots of species, rambling and shrub roses which produce only one flush each year. Once these blooms are over, no amount of deadheading or cutting down will encourage new buds to form.

In addition, deadheading in itself won’t encourage new flower shoots on repeat-blooming varieties. Pruning down the flower stalk is required to force new sideshoots to be made that will carry the later blooms.

What is the best way to deadhead roses 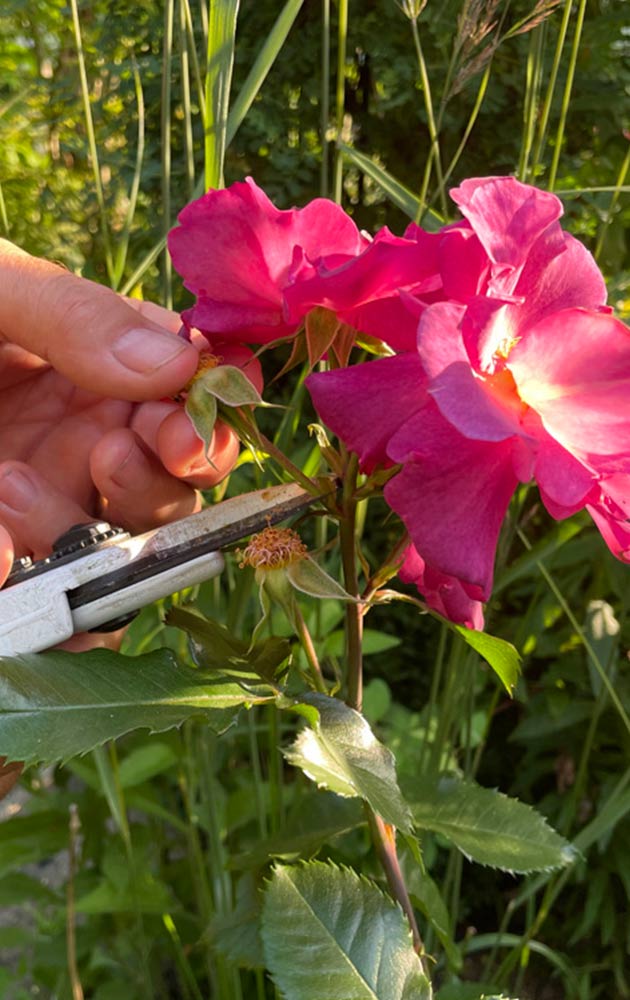 Removing the faded flowers from roses is not only good for the look of the plants, but is beneficial to their health too. The only roses that wouldn’t be deadheaded as a matter of course would be those that are specifically grown for their ornamental rose hips – the seed carrying ‘fruit’ which follow the blooms. Many highly bred roses are unable to produce such hips as their floral parts have been forged into petals by breeding and selection by growers.

Deadheading involves individually cutting off the old blooms just as the petals start to fall. On cluster-flowered roses, there are usually buds and blooms at different stages of development. By the time the first flowers in a cluster have faded, it is likely there are more buds just opening to show colour, while at the same time there will be some that are still green and tightly closed. On large flowered forms there may only be one bloom per stem, in which case don’t worry about just taking off the old flower, but cut down the stem as out-lined further on.

Secateurs, snips or scissors can be use to remove the dead blooms by cutting through the flower stalk just behind where the petals were attached. Alternatively pinch them off using your thumb and forefinger. This may include removing the green bulge behind the bloom which indicates where any rose hip will form. Be careful not to break off another unopened buds.

What is heading back 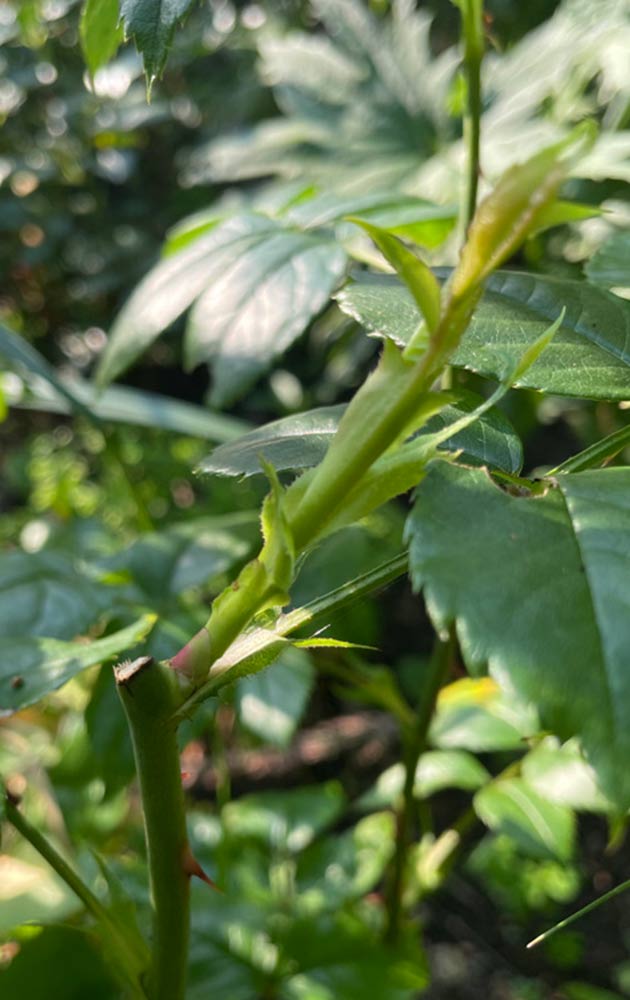 Once all the flowers in a Cluster Flowered (Floribunda) head have finished, it’s time to use the secateurs to cut back the stem which supported the flowers. This is often referred to as ‘heading back’ and it is also used as soon as each of the individual blooms on a Large Flowered variety have finished.

Heading back involves cutting the stem back by as much as half its length, to just above a leaf where there is also a bud on the stem. In many cases during the growing season this will encourage the bud to burst into growth and go on to carry flowers. The weaker stems are those that benefit from being cut back by half, while the stronger stems (generally thicker than a pencil) are headed back by between a quarter and a third of their length.

Bush rose varieties are able to produce a succession of blooms from early summer, right the way and into early autumn. This is because they have a number of different repeat-flowering species in their breeding, including Rosa chinensis. A form of the latter, R. chinensis (now listed as R. x odorata) ‘Bengal Crimson’, blooms in my garden right the way through until November, and often has a few flowers as early as April – depending on the weather.

Regular bush varieties, which are referred to either as Large Flowered (Hybrid Tea) or Cluster Flowered (Floribunda) roses are able to flower over many months. There are a huge number of different varieties available. Such a beneficial characteristic of repeat flowering has also been bred into many of the Modern Shrub and English Roses.

But in order to stand the best chance of good quality blooms over a long period, deadheading and heading back are essential to keep the buds coming.