Why have the leaves dropped from ‘Red Robin’

Late spring and early summer are the time when I get asked why the leaves have fallen from Photinia ‘Red Robin’. And after dry weather, it seems that these popular plants lose more of their foliage. In some case the branches becoming completely bare, except for the remains of any flowers at the tips and one or two leaves. 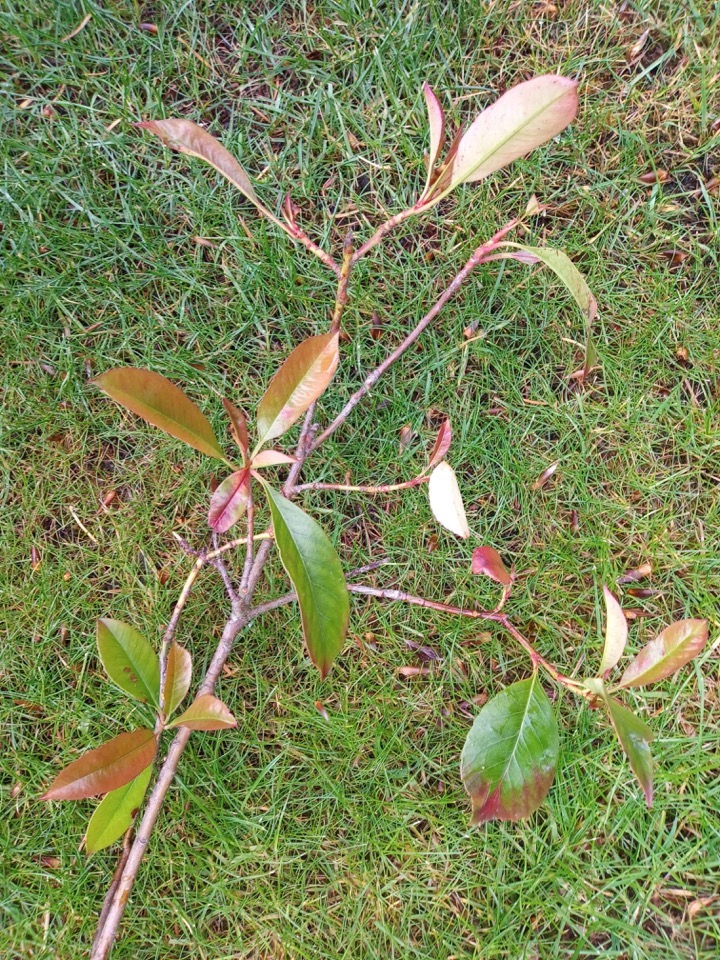 This can be very alarming and makes the bushes look gaunt, but wait a few weeks and new leaves will usually be produced – in the typical red colour that makes them so often planted. The downside, however, of having no remaining foliage from the previous season is that there is no contrast to the new leaves.

Why does foliage fall from evergreen shrubs

Like any evergreen, the leaves of Photinia ‘Red Robin’ (and other varieties) only have a limit lifespan. This can be as much as 18 months to 2 years, where the leaves are receiving enough light for them to make a useful contribution of energy to the plant. In shaded places, you may find that the leaves start to drop after only a little over a year. This underlines the reasons for planting photinias in a position with direct sun for at least half the day.

Another reason for early leaf fall can be the soil conditions that they are planted in. Although tolerant of a wide range of soils, these plants can become stressed if grown on very free-draining, sandy soil – something that is compounded in a hot, dry season. Like many plants, the older leaves further down are the most likely to fall when stressed, leaving the younger foliage near the tips of the branches. Large, mature specimens can be very badly affected, especially if recently planted.

Hard winters may also cause leaves to drop in the spring, just as growth restarts. This is because these shrubs are not as hardy as we have come to assume – particularly following a run of mild winters.

But in addition, photinias are prone to a fungal disease, which causes discolouration and blotching on the leaves. And in combination with all the other stresses on the plants, much of the foliage can drop – often quite suddenly.

How to stop leaves falling from photinia 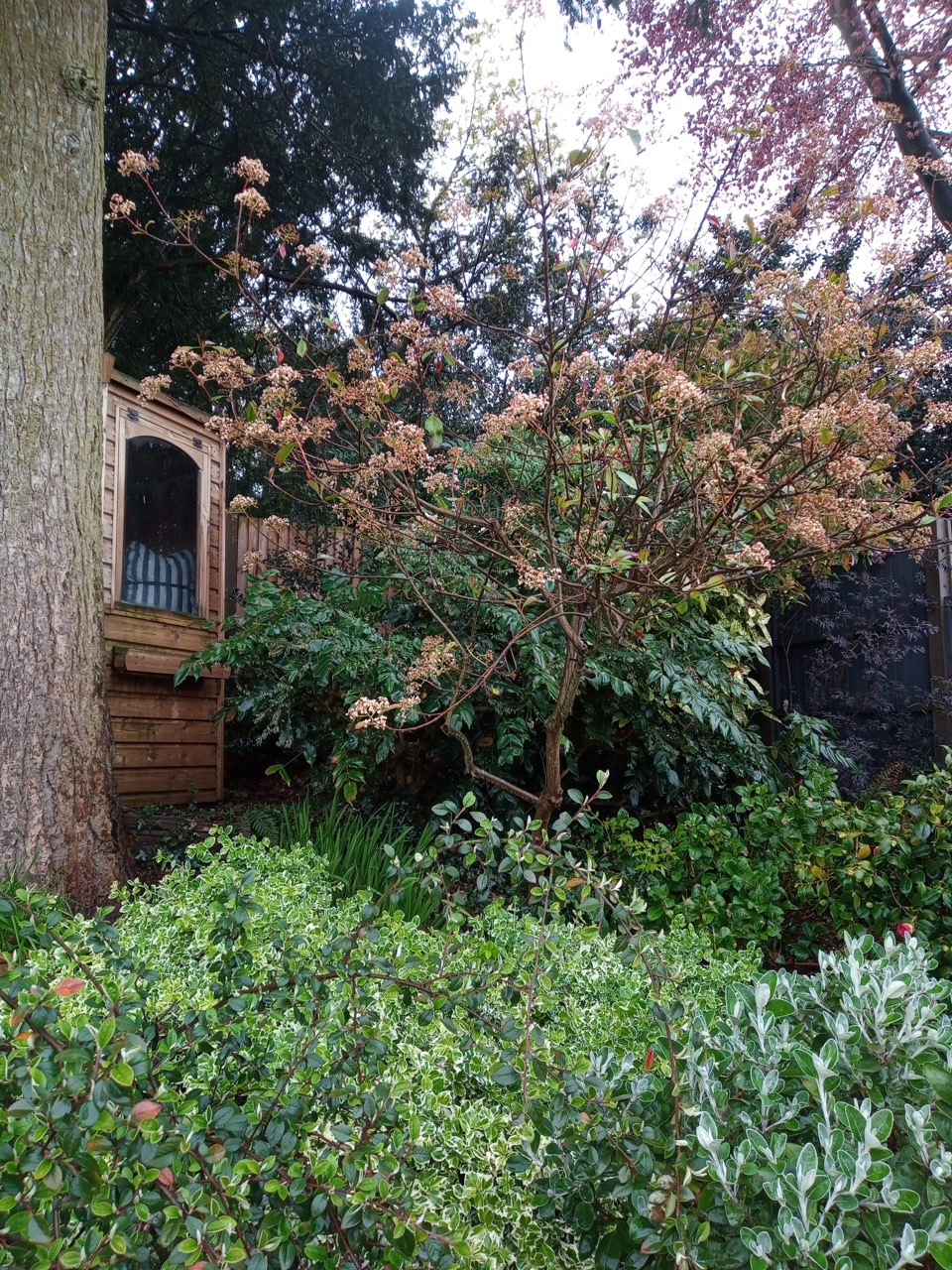 The best way to minimise the risk of leaf drop on these plants is to clear up as many of the fallen leaves as possible. This will reduce the amount of fungal spores which can re-infect the new foliage as it emerges. Applying a mulch of well-rotted garden compost or other organic matter will also cover any remaining spores on the soil surface. This will also keep the soil in good condition by improving moisture holding capacity and providing the plants with nutrition as the organic matter decomposes. It is NOT a good idea to apply fertilisers at or just after the time of leaf fall as this can cause more damage to the plant’s roots.

Large specimens will be unlikely to produce new shoots from low down, unless encouraged to do so by pruning. Photinias respond well to being cut hard back in May, but avoid pruning at other times of year. Use secateurs or loppers to cut back some of the large branches to around a third of their height, but leave a few of the shorter stems in place to help ‘feed’ the growth of new shoots from the base of the cut branches. When new growth is underway from low down, the stems that were left can be cut back too.

Such hard cutting back to ‘rejuvenate’ the bushes is best done on a regular basis – every 3-4 years – to prevent the plants from becoming too large and bare in the centre. This will also keep them more compact.