The best way to deadhead alstroemerias

These herbaceous perennials continue to be a firm favourite of many gardeners, but I wonder if many know about the best way to deadhead alstroemerias? To some extent it must be their potential as cut flowers that has endeared them to so many. And certainly they are a mainstay ‘filler’ in many a florist’s bouquet and supermarket bunch due their ease of cultivation and free flowering nature.

But to be completely honest, I’ve never been a big fan of alstroemerias in the garden. And I think I put that down to the older ‘Ligtu Hybrids’ which I struggled to grow more than 40 years ago as a child. They were notoriously tricky to coax into growth and I never succeeded with them. Back then, they seemed to do well for some gardeners, and not for others. I was definitely in the ‘others’ category.

Now, with huge amounts of breeding under their belt, altroemerias have come on leaps and bounds. They’ve bigger blooms, strong stems and plentiful foliage. The modern cultivars have complex genetics and are hybrids between the winter-growing species and the summer-growing sorts which has produced plants with a long flowering season. And although most of the developments in breeding were initially for their use as a florist’s flower, there has been lots achieved to tailor them to garden cultivation. Tall, medium and dwarf varieties now jostle for attention, along with a vastly increased range of flower colours.

But it was only really with the arrival on the scene of Alstroemeria ‘Indian Summer’, with its Aztec-striped orange-red petals and bronze leaves, that I got hooked. I like the way this variety provides its own fantastic foliage contrast and a long stream of blooms through summer and late into the autumn. I guess there’ll be more of its breed in the pipeline. For now, however, its the only one of these plants I grow, and I love it! 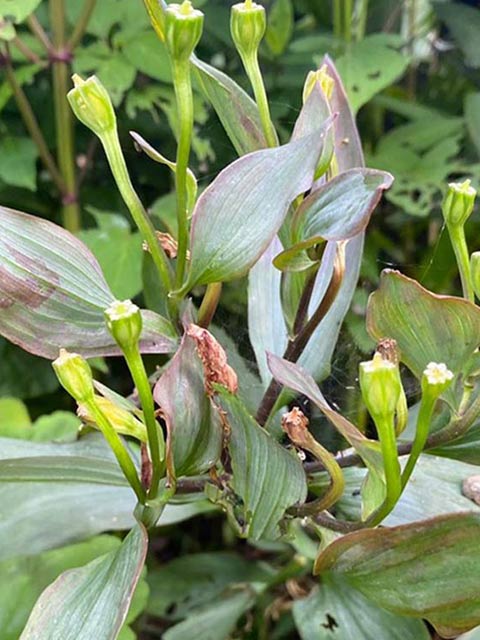 How to remove faded flowers of altroemeria

They say that there’s always something new to learn in gardening. And so it has been that I’ve discovered not only the best way to grow alstroemerias, but also the way to deadhead them. This involves pulling, rather than cutting, whole flower stem from the plant, once it has faded. Keeping a check on the state of the flowers is important for judging the time to remove the old stems. If there are just one or two faded flowers, then simply removing their petals to tidy them up is sufficient – particularly if where there are good quality flowers or developing buds in place.

This has the benefit of making space for the developing stems, reduce congestion and allow them to develop to their best potential without competing for light. This encourages strong stems that are able to support themselves in wet and windy weather. It also allows air to circulate in the clump. Unlike most other herbaceous perennials, cutting back or pinching will not produce new shoots from lower down on that stem.

So, unlike most other herbaceous perennials, alstroemerias are not deadheaded simply by removing the faded, coloured portion the flower and leaving the remains of the stem intact. The common practice with alstroemerias is to remove the whole stem by grasping it low down and pulling it sharply from the clump. This is done by commercial growers when harvesting them as cut flowers, or removing stems which are past their best. 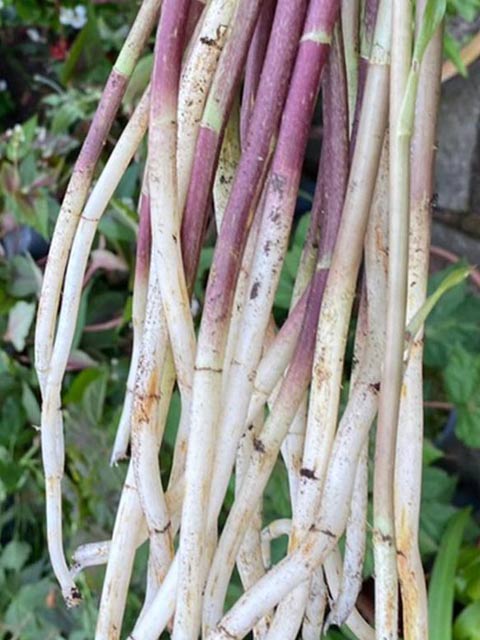 Such removal of the faded stalks by pulling them out, should also remove a small piece of rhizome or root tissue at the base of the stem. This is in effect re-invigorating the plant, encouraging cell division in the clump itself. It stops the central crown of the plant from becoming old and unproductive, and promotes the growth of new roots, rhizomes, and shoots which could carry flowers.

Many gardeners who have used this technique, report that their altroemerias respond by growing back strongly and producing many more flowers. It also makes the clumps thicken up more quickly.

Where to grow alstroemerias

Originating in South America and, for that reason, often referred to by their common name of Peruvian lily, alstroemerias are now grown throughout the world in mild, temperate locations. Those selected for garden cultivation can usually cope with temperatures as low as -5C, although some can survive down to -10C.

They do best in a sunny position with shelter from cold winds. They benefit from the protection of a south-facing wall, especially in colder locations. Adaptable to most soils, they relish an open, well aerated root run with good levels of organic matter that will help to maintain moisture during the growing season. They don’t thrive in cold, heavy, clay soils. Alstroemerias benefit where they can be grown away from the direct competition of other plants. Dwarf varieties are suited to growing at the front of a border or in a container. Bear in mind that the roots of these plants may be more prone to drying out and to the cold in winter when they are grown in containers.